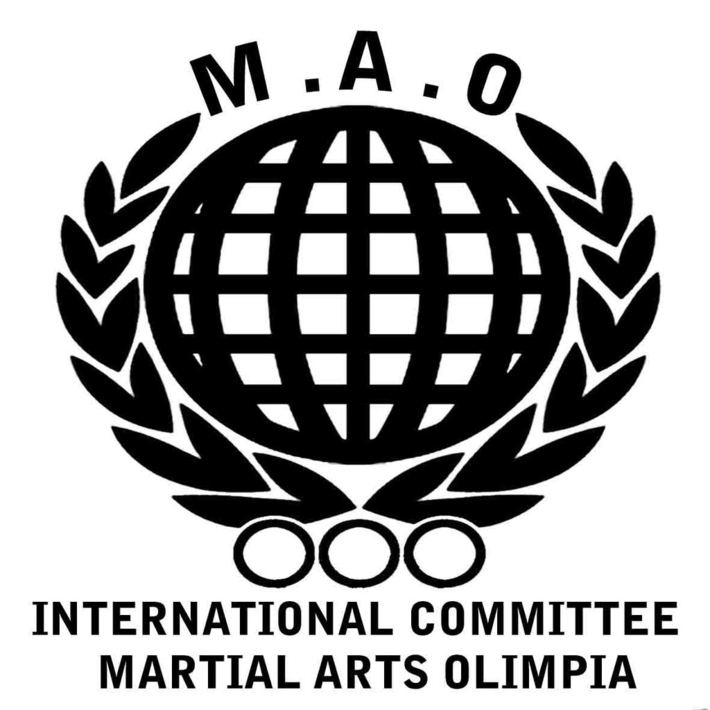 INTERNATIONAL COMMITTEE OF MARTI has not received any gifts yet

Give INTERNATIONAL COMMITTEE OF MARTI a Gift

INTERNATIONAL COMMITTEE
MARTIAL ARTS OLIMPIA
MAO PHILOSOPHY
Martial Arts Olimpia or (Mao) always call world peace and global head is green and the main program every 22 Martial Arts Olimpia world peace is included.
3 rings means the same basic philosophy is that Martial Arts is a symbol of soul and body development during the past centuries and always with a family Martial Arts or fighting arts has remained and will not ever separate.
Martial Arts Olimpia political philosophy never been and will not be our struggle for self-knowledge we are not superior to us, we struggle for reconstruction and not for destruction and devastation and killing people.
Organization in the world (Mao) are not like us even ordinary people who specialized in Martial Arts are not registered and issued a membership certificate for them to have the world know that Martial Arts came from the heart and people are forever in the hearts and lives will remain and never will be separated from ordinary people.
This was the Martial Arts warrior and a champion of ordinary people and making the soil more proud of their homeland and was proud and finally died.
In fact, the evolution of their soul and body had been.
Martial Arts Olimpia Committee has no financial sponsor / supporter of all our global family of Martial Arts that they only asked for an independent Olimpia themselves that we have provided for them.
This is the way chosen and will never change.
In centuries past people always abuse and murder emperors were / are always oppressed were / are a way to save themselves and their families to apply and / search the way they are capable of self and their families and their homeland Art was a fight to defend.
They were able to help his art and his family and homeland to defend them with this art never under any power did not.
After a while, and generations of human evolution of this art into Martial Arts in / Martial Arts was in fact the source of self-knowledge and develop the soul and body were used today as a fine art with plenty of features to today's generation has been moved.
Martial Arts in the world and expanded the number of students per day were added.
Shaolin Monastery was the birthplace of Martial Arts styles that were created and / other countries and gradually moved towards the development went.
Traditions and philosophy of Martial Arts literature and art were added to its place among the people and opened into a popular art among all people of the world became.
Perhaps the Shaolin Monastery to be considered the birthplace of Martial Arts / Martial Arts, but in fact to any particular nation or race is not / but Martial Arts is rooted in the identity / of a deep link between Martial Arts and people there.
Martial Arts training in the first respect is taught only after the art of self-defense and combat art that actually combines the arts with the human race is not and never able to separate them.
Violence / abuse and murder in the Martial Arts and never has been and will not be.
Global family of Martial Arts family and clean out any evil and demons is / spirit and philosophy of Martial Arts always serve the people of the world has been and remains the world's people for self-help.
INTERNATIONAL COMMITTEE MARTIAL ARTS OLIMPIA

You need to be a member of U.S.A & -JAPAN ATEMI INTERNATIONAL JIUJITSU FEDERTION to add comments!